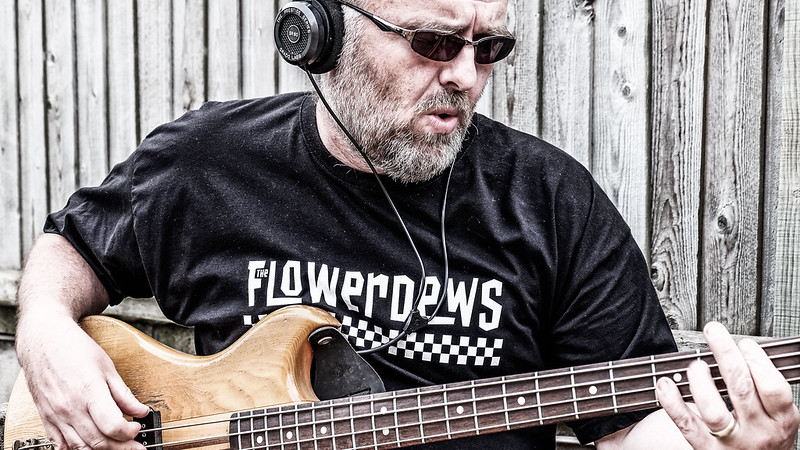 We’ve all wondered if an amp head needs a cabinet to function or if it can work as a standalone device. Are you looking for a way to use your amp without lugging around a speaker cabinet? Do you want to go directly from your amp to an audio interface or mixer?

It is not safe to use any tube amplifier without connecting it to a speaker/cabinet. Every tube amplifier needs to see a load, and while the speaker is the most common way to provide one, you can instead use a “dummy load” instead of a speaker.

The amp’s output needs to go somewhere and the speaker acts as a “load” that gives it a place to go. In the absence of this load, your amplifier is prone to damage. You might end blowing up your transformer or even starting a fire!

In this article, we look at ways to use an amp without a cabinet and the role/function of dummy loads.

Is using a head without a cab bad?

As you may know, there are three types of amp heads:

A solid state amplifier doesn’t need a load. It can run fine with no load connected. A valve-based amp with tubes requires a dummy load. In the case of hybrids, if you only have a preamp section with tubes then you do not require a dummy load.

For instance, the Aguilar DB750 has a tube preamp but a solid state power amp. It will be fine without a load connected. There are some exceptions of older solid state amps that need a load to be powered on, but this doesn’t apply to modern solid-state amps.

On the other hand, any tube amp head MUST have a load connected to it. If there is no speaker or load then the wattage generated by a tube amp has no place to go. This will damage your amp and can cause the tubes and transformer to blow.

SEE ALSO:   What is the difference between amp and head?

What’s more, the general practice suggests that you should only power on your tube amp after you have connected a load. While you could turn on or power the tube amp head without a load connector, this is expensive gear and you’d rather not take a chance.

Using a dummy load for a bass amp head

A dummy load is a device attached to a bass amp in the absence of a speaker cabinet. It converts the power from the amp into heat and dissipates it into the air. In simple words, it is a load box that gives the bass amp’s wattage a place to go when there is no speaker cabinet.

Load boxes are fairly simple to use. You simply need to acquire the right device and plug your amp’s speaker output into the load box. However, you should ensure that your dummy load has the correct resistance (more on this later).

There are two main types of dummy loads:

What is a resistive dummy load box?

A resistive dummy load (aka passive load box) is the most commonly used type. They have a resistor that can absorb the wattage of the amp and convert it into heat. Connect the resistive load box to the speaker output to use your amp silently without risks of damage.

After attaching the load box, you can run your amp head to a console, PA, power amp, or recording device. Some dummy loads have a speaker-emulation circuit (called speaker cabinet emulators) used for professional silent stages or recording studios for noise-free recordings.

The speaker emulation may have options to replicate the sound of open/closed cabinets or vintage cabinet speakers.

While resistive load boxes are straightforward and affordable, they do not interact with the amp as a bass cabinet would. All it does is ensure no harm/damage is done to the amp head. If you want more “cabinet character” you need a reactive load box.

What is a reactive dummy load box?

A reactive dummy load uses a capacitor or inductor (or both) to imitate the impedance curve of a bass cabinet. For a bass player, this means it can produce results that are similar to an amp driving a speaker cabinet, something a resistive load box cannot achieve.

This complexity comes at a higher cost, however, typically in the $200 – $300 range. This allows you to play your tube amp without a speaker cabinet. The Suhr Reactive Load Box or Two Notes Torpedo Reactive Load Box are noteworthy examples.

Resistive and reactive boxes are equally safe, and your choice should be based on the sound, amp head, and application for the load box, as well as budget.

Choosing the right load box for your amp

When you buy a dummy load of any kind, ensure the wattage rating can support twice the RMS output of your amp. As a rule of thumb, amp heads endure a 2 to 1 impedance mismatch.

Using a head without a cab for recording

Frankly, the role of a cabinet in a recording is indispensable. The speaker/cabinet is mic’d and the resulting sound is an important part of your tone. While you can avoid a “physical” cabinet, you will need some form of analog or digital cabinet simulator to get the job done.

There are a lot of free or paid libraries of IRs that do a stellar job of sounding like a real mic’d cabinet. Good options include STL / Ignite Amps’ NadIR or a free plug-in bundle like STL Ignite – Emissary. The Emissary has a good UI and is pre-loaded with the Emissary Amp Simulator, NadIR Cabinet Simulator, and six IR response files.

Can you use an amp head with headphones?

So, can’t we just use the headphone out on a tube amp without a bass cabinet or load box? No. Even if your head has a line/headphone out, you still need a dummy load. A dummy load provides the necessary load for the output without a speaker cabinet to make the sound.

As discussed earlier, every amp needs to meet a load. A speaker/cabinet is an outlet for this load and the absence of it comes with the risk of damage. Your amp has power tubes and transformers with an output capacity.

If you try to use your headphones, the wattage won’t find the right load and the amp will be under constant stress because it is overworked. This can cause the amplifier to short. In some cases, it may also blow the tubes/transformers and trigger a fire.

Also, all amps don’t have a dedicated headphone out. If your amp doesn’t have it, don’t try hacks like plugging headphones into the speaker outs. Buying a load is a lot cheaper than replacing a fried amp head and headphones!

You can find load boxes designed for headphone use. For example, the HA-50 Headphone Tap is a 50watts@8Ohm dummy load with a headphone output jack. This will be sufficient up to 50W . above that, you’ll need something that can handle the extra power.

Connecting the amp head directly to the mixer

For the same reasons mentioned, you can’t just run the bass amp head directly to a mixer or PA. You still need a load box or tube amp attenuator device as a load in the absence of a bass speaker cabinet.

Attenuators are passive devices that absorb some of your amp’s output and only convey the remaining output to the speaker cabinet. They’re able to reduce the volume level of a tube amp e.g. from 100% to 18%, or even to complete mute – in the latter case it functions as a load box that absorbs the full output of the amp head.

A sophisticated load box/attenuator is sometimes called a tube amp expander. These devices have cabinet simulation with a graphic EQ to tweak and fine-tune the tone.

Most attenuators also have a “load-only” setting that will cut-off the speaker and supply sufficient load to the amp. This allows you to run the amp directly into the mixer.

A high-quality load box/attenuator may set you back $300. Simpler/cheaper options include using a floor amp modeling processor like the Line 6 POD XT Live or the Vox Valvetronics. These units have other applications and can come in handy to run an amp head into the mixer/PA.

Note that if your amp head line out has a speaker emulation feature, you can run the line-out directly to the mixer with a DI in between. This will remove hum/buzz but the lack of cabinet simulation is likely to be quite bad.

If your goal is to practice at home, an easy solution is to get a modern practice amp for playing at a low volume. They retain the tone and dynamics to a great extent and are a more comfortable alternative to constantly using headphones.

Other options include the Vox AmPlug ($30-40) to connect your headphones to your guitar. See this post for more about playing without an amp.