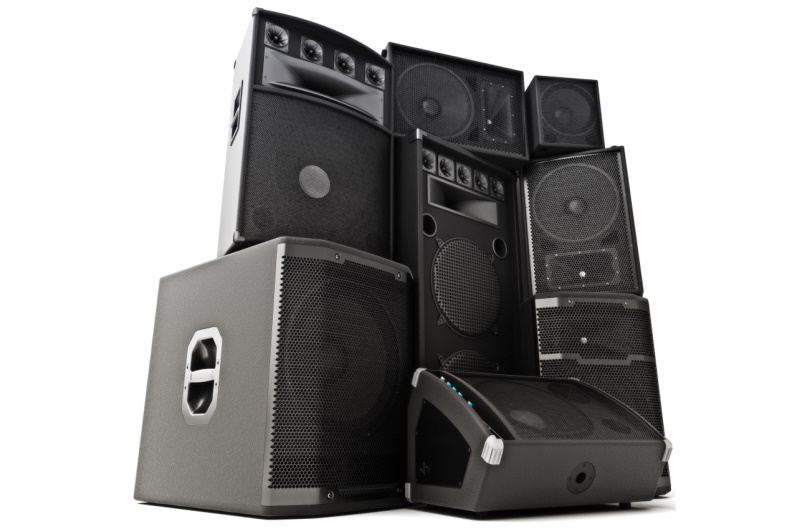 Low tuning on the bass is synonymous with super low-end. With the wrong bass cab, too much low-end is a recipe for mud or farts. The lower the frequency goes, the worse the human ear gets at distinguishing between the notes.

Most cabs are either good at reproducing the low end well OR conveying clarity. There aren’t many cab options that claim to do both evenly.

You need a reasonable budget to get a cab (or two) for that super low end, focusing on more sound per watt. Very low end requires extra wattage for very little returns, which isn’t economical for manufacturers or alluring for musicians.

The secret to extended ranges is to avoid overwhelming the low-end by cranking up the bass or volume. The focus should be on sculpting the tone in the midrange.

The right setting of low mids on the amp head is crucial for clarity and cutting through the mix.

For this reason, many bass players prefer an aggressive cab that has a detailed midrange – that is where the EQ magic happens – low mid bump with good clarity in the upper-mid and high-end frequencies.

Here are 7 popular cabs for low and drop tuning.

The Ampeg 410HLF has been popular with 5-string bass players because of its huge low-end. It goes deeper than anything out there, especially if you want a ‘loud’ standalone 4X10 cab.

Overall, it is a deep and punchy cab that is typically paired with Ampeg or GK heads.

Some players are dissuaded by the mid-scoop, but the 410HLF is anything but mid-shy. Either way, any capable EQ pedal can help with pulling out or boosting the mids.

Check out the Ampeg 410HLF here on Sam Ash

The NEO 212-II (or even the 212XT) is another viable bass cab option for drop tuning. These ported speakers feature a 36Hz-19 KHz (+5db) frequency response and 98dB sensitivity.

The overall clarity, consistent response, and warm low-end punches above its price tag.

Besides the fat lows, it also allows you to switch between standard full-range and GK’s bi-amp operation.

The GK Neo has gained a loyal fan base consisting of bass players who use drop C, B, and A tunings on both 4 and 5-string basses.

Check out the Gallien Krueger Neo 112 on Sam Ash

The GB 610XB2 can handle all the bass you throw at it thanks to the 30-16kHz frequency response. With the 105 dB@1W/1m sensitivity, it cuts through aggressively and has an incredibly warm low-end with ample detail in the highs.

It pairs well with a GBE1200 but it’s a rock-solid 130 lbs, so you may need help to lug it around. If you can use less mid detail and relatively more low end, you can also consider its little brother – the 410XB-2

The BRX 410NEO has earned a name for itself because of its affordable price tag, superior performance, and capability to handle detuning problems.

It has a 26Hz to 22kHz frequency response. It works like a dream for most drop tunings and metal bassists.

All BRX cabs are built like a tank and sound deep and punchy. They can handle drop-C and even drop-A tuning without any issues related to sound or overheating.

The Hydrive series has been popular with bass players since its inception. The Hydrive’s unique speaker construction was designed for more oomph in the low end.

The warmth is combined with the ability to get down to 20Hz, which greatly benefits the low-end profile.

As for the speakers, they use an aluminum cone with a paper cone outside, vs the XL series’ all-aluminum cone. The Hydrive 115 ends up being smaller, lighter, and more powerful.

It is unquestionably the cab with the best power-to-weight ratio in the segment.

Like the previous model, the sealed quad-cab 810 also fuses the warmth of paper cones with the crispness of aluminum.

It can get down to 25hz to produce some warm and deep lows without skimping on the mid-range capabilities.

It derives this punch and clarity from eight 10-inch neodymium hybrid cones. It is extremely lightweight and offers some serious hammering power.

The punch deep lows are complemented by cutting mids and clear highs to yield a great overall balance.

The old Sunn cabs with vintage drivers were nothing short of a legend in the past two decades.

The Sunn 2×15 features a quasi-horn tweeter in reflex housing that is capable of some serious low end. They’ve gained a solid reputation among 5-string players for their big sound.

Despite the vintage drivers and heavy footprint, the Sunn 215BH and Sunn 4×14 (with Emi) are highly coveted in the used market. Many bass players get these and upgrade the speakers.

Bear in mind that they are notoriously heavy and hard to transport, but they render phenomenal low-end.

What to look for in a bass cab for low tuning?

The low-end eats up a lot of wattage, so a good cab should have ample power and a voicing that suits your taste. The amp head will do the heavy lifting to reproduce the low-end, while the cab provides the watts to sound those beastly frequencies.

Most beginner-to-intermediate bass players are oblivious to the ultra-low-end capabilities of cabs until they start using extended-range basses or drop tuning.

In truth, many popular cabs aren’t famed for their ability to reproduce frequencies below 60Hz. Fortunately, there is a handful of cabs designed for low or drop tunings that do a fantastic job of reproducing them at a high SPL.

If you consistently play low tunings, don’t judge the cab based on its stated frequency response.  A cabinet that is tuned for 27Hz doesn’t necessarily mean the speakers go down to 27Hz.

You’ll only squander wattage if you try to make the 27Hz sound louder than needed. Conversely, a cab may only be tuned to 40 Hz but the speakers may go down to 40 Hz well.

You can get an 8×10 if you play large venues. However, in small-to-medium venues, you won’t be using half your cab without making the sound guy miserable.

It’s far more rewarding to get a bunch of speakers or two 4×10 cabs and only use the one that is more suited for the venue.

Some bass players choose to only use their rig for tone sculpting and let the PA subwoofers do the heavy lifting. However, this is only applicable to live performances with a capable PA system.

The ‘folded design’ applies the same principle you can see in a tuba or a trumpet. The shape of the folds and overall depth influences the projection and low-end cutoff.

Moreover, the ‘folding’ creates more room for the fundamental to unravel as it travels a longer distance compared to other designs.

Ported cabs, also known as reflex cabinets, have a huge cross-section exit that allows for true lows but are tuned in the 45-50Hz range.

Compared to an FH design, you will not get the same massive low-end with a sealed/ported cab while using drop tunings on bass.

The speaker is not designed to handle the ultra-low frequencies. This means the free air of the frequencies below 45Hz will diffuse, and you may find that the low-end lacks definition.

Additionally, ported cabs have a quicker drop off compared to folded horns.

As a thumb rule, any speaker that needs to do a good job below 100Hz will have a coiled or folded horn design.

However, these cabs are preferred for outdoor use and very large rooms because of their resonant and disperse sound.

They also tend to be heavier and larger than ported cabs.

You should typically set up your bass for low or drop tuning with modifications to the bridge and nut. The lack of string and neck tension is never going to sound good through any cab.

For example, a string gauge of 0.35 to 0.90 is not going to help. The floppy tension detracts from the playing and the muddy mess will stick out in the tone.

Many players feel that C# and C are ‘too low’. However, they are generally not beyond the realm of your rig’s capabilities.

More often than not, the EQ is the real culprit of the mess and mud in the lows. The trick is the same as playing with a 5-string bass: couple the power with a tight low-end (cut in the 30-50Hz range) and use EQ to set the right lows and low mids.

In your quest for a deep punch, don’t forget the highs. Highs are important to keep the tone tight and add some clack/buzz that works well in grindcore/punk/hardcore and other genres.

Lastly, a good HPF (high pass filter) is imperative to getting your cab to go deep without farting at high volume. A 40Hz HPF will define the tone, improve the clarity in the low strings.

You’ll find HPF on certain heads like the drive control of the Aguilar TH500. You can also invest in a Radial Bassbone OD that has a 2-stage HPF for both channels or the Broughton HPF/LPF pedal.

Beware of unwanted distortion, farting-tone, and excess air flying through the cab. In concerts, the PA subs may be the best choice unless you are willing to invest heavily in gear that can get the job done.