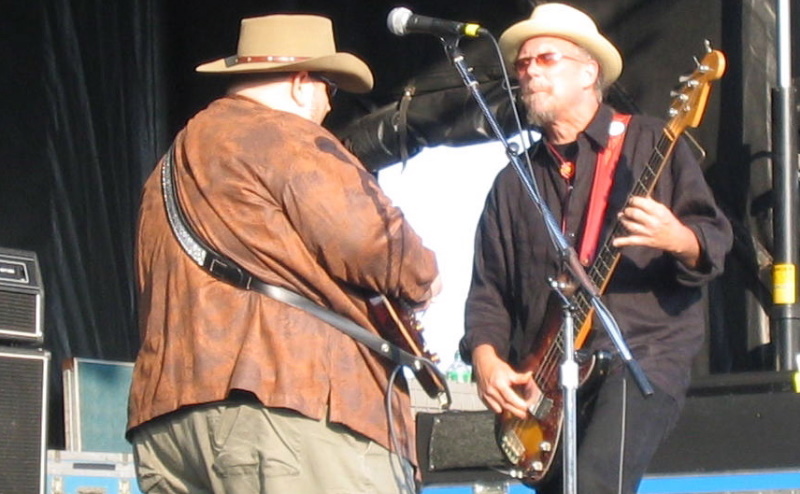 The discussion around what is the best bass guitar for Country is a long-standing one. Classic Country music listeners are a conservative bunch and will generally expect a Fender-style 4-string bass.

Most Country musicians agree you can’t go wrong with a Precision bass or J Bass for classic and old school Country. Even an inexpensive MIM P bass will work wonders for old school, outlaw-style Country gigs.

A Fender P will not only sound and look the part, it will generally be comfortable enough for playing 3 sets easily even without a padded strap.

More modern styles of Country, on the other hand, greatly benefit from a low-B string. The 5-string bass has made its way into newer Country styles including “bro-Country” style with its pop-music like sound.

So while the outlaw stuff calls for the fat and wooly sound of a P-bass, modern Country bands now opt for basses with a more modern sound. The best players in Nashville today play a much broader range of bass guitars.

Michael Rodes is considered the undisputed king of Country bass players – and is one of the most recorded musicians in history.

Some bassists prefer the depth and thickness of a P bass – though you can get much of that tone from a J bass with a simple Series/Parallel switch and still have the versatility of the J.

Alternatives to the classic P bass include the Epiphone Allen Woody Rumblekat which also has a nice vintage feel to it, well-suited for older Johnny Cash and Hank Williams tunes.

An SX J with flats tuned BEAD can also work well for a Country band. Another example is a 4-string Warwick thumb. MIJ Fender PJ basses are also seen in the Country world, e.g. with half-rounds and in the two pickup position.

Some bass players like to play their Fender P with flats even for more modern Country tunes. For the low notes common in modern Country, they’ll tune in drop-D or add a hipshot detuner. Some bassists tune in DGCF for playing in D and G.

Others, including younger players, always tune their 4-string to C#, which allows them to cover a lot of ground.

While a 4-string bass, a 5-string bass makes it easy to play modern tunes in some kets. A hipshot on a 4 may not cut it for songs in Db or C (Aldean, Gilbert etc), you’ll end up playing those notes at a higher octave.

SEE ALSO:   Are Fender Basses Really Worth It? The Raw Truth

Many Country bass players say a 5-string Jazz 5 is a must for playing modern Country, namely the EBMM Sterling 5 HS, Schecter Hellraiser-5, or MIA Peavey Foundation 5.

Some Country bassists like to alternate between a 5-string Jazz and a 5-string Precision.

Bassists tend to like pass Jazz Vs for their old school hollow tube-like sound on the neck pickup (vs a more modern kind of sound). It makes them well-suited for a broad range of Country styles from Blugrass to more modern tunes.

Others prefer an active bass e.g. active 5-string PJ with flats, which they find appropriate for new Country and also suitable for older styles.

Generally speaking though, anything that looks like a 5-string Jazz Bass and has versatile electronics will work fine for pop-rock-like modern Country, from standard Fender options to high-end Sadowsky or Lakland.

Some great basses for new Country:

Country audiences are known to pay as much attention to the looks of a band as to their sound, so it’s important to choose a bass that looks like their favorite band or album.

SEE ALSO:   Lakland Skyline vs Fender American: Which Is A better Choice?

A Precision or Jazz bass will generally have that classic old-school Country look, whether it’s a Fender or another brand. A Peavey T-40 style or a Gibson-like semi-hollow bass also have the right looks for a Country gig.

Even a Stingray is adequate, being visually close to the classic Fender style. In contrast, some Soundgear or Warwick basses may feel too modern and out of place in old school Country acts.

Some players feel the strings are even more important than thebass for Country. Most old school Country bassists use flats or half rounds (e.g. GHS Brite Flats). For most of them, roundwound strings don’t sound right for classic Country.

New Country bass players, on the other hand, tend to run nickel roundwound strings with medium actions on their 5-strong bass.