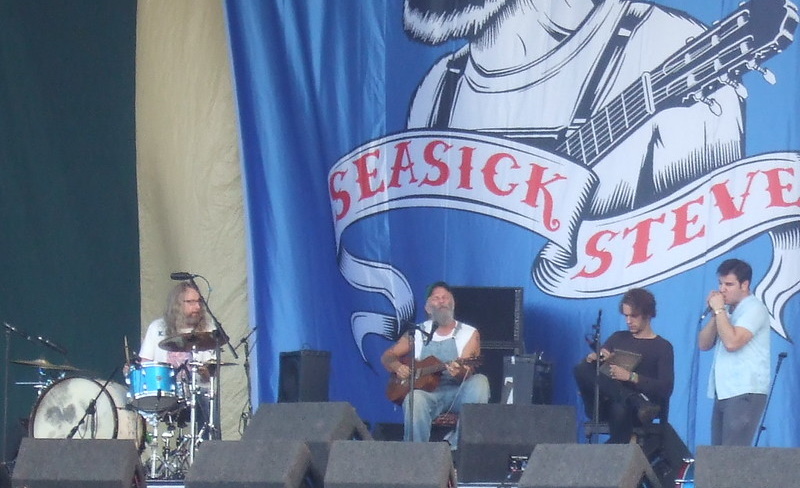 Whatever style of music you play, having a good low end is really important to the mix. A bass player gives the music thickness and consistency. When it’s not there, the music can sound incomplete, thin, and lacking warmth.

So can you have a band without a bass player?

Some types of music can sound good without a bass section – although many songs will sound better with one. There have been lots of great two or three-piece bands without a bass player (see last section below). These bands cover the low-end using effects, a keyboard, or play to a bass backing track.

In a band, the lowest pitched instrument acts as the bass. Sometimes, a specific bass instrument, such as a bass guitar, double bass, tuba or contrabassoon – gives the music its bottom edge. Other times, the low-end comes from a full range instrument like a guitar (4 string or 6 string), optionally with an octave pedal, or a piano.

Why have a band without a bass player?

A good bass player is able to bring interesting melodies and rhythms to the bottom end, adding texture and harmonic layers to the sound. There are lots of guitarists out there but good bass players are few and far between. Some bands prefer to figure out another way to fill that low end rather than settle for a mediocre bass player.

Oftentimes, the person who can play drums can also play the bass. In such cases, they’ll often end up playing drums over bass. A drummer is generally going to be more important to the band, as the low end of the bass can be replaced by other things.

When playing live, smaller venues often don’t have the capacity or budget for a full band. Besides, hiring a bass player for a gig can be expensive (e.g. $15/hour). For these reasons, it makes sense for some bands to go bass-less for some live gigs.

Why a bass is important

Having a bass adds another dimension to music and can take a simple musical idea in a completely different direction.

In terms of the mix, particularly with recorded music, it’s very hard to make music sound full and warm without a bass. There needs to be a balance, with an instrument that adds a cushion, as well as substance, to the lower frequencies.

The bass also has a special relationship with the drums. Drums add extra power to the bass and the bass gives the drums a fuller tone. If both players are good, the two can blend to create a groove that forms a tight rhythm section. Without the bass, the drums can struggle to provide enough structure.

Without a bass, other instruments can lose their impact as they try to cover the low end. For instance, a rhythm guitar or keyboard that tries to cover for a bass is restricted and can’t bring as much character to the music as it normally would. Also, it can’t bring the same quality to the low end as a bass.

Some music styles can do without a bass player

Some music styles like rock, hard rock, indie rock, and metal, require a bass player for grounding the sound and keeping it strong and powerful. Likewise, funk and Motown-style R&B need a solid bass line for laying down those highly syncopated grooves and driving the songs.

Nevertheless, quite a few bassless two-piece metal bands with one guitar and drums (e.g. Mantar), in which the guitar has a lot of bottom end, are rising in popularity.

Other musical styles like soft rock, acoustic-style commercial pop, folk and unplugged music, can more easily do without a bass player. In acoustic the guitars are able to fill the lower end nicely.  In some classic rock, pop, and R&B, the keyboard can often fill in for the bass.

Music that revolves around a fast and crunchy, heavily downtuned rhythm guitar can also work fine without a bassist.

In general, a bass is not essential for songs in which the bassline merely doubles the guitar’s root notes and rhythm patterns, blending completely with the guitar. In many simple rock songs, for example, the bass and guitar pretty much play the same thing.

SEE ALSO:   How to Get a Punchy Bass Tone: The Complete Guide

The bass is here to thicken the sound. In these types of songs, the guitarist can focus on playing root notes while producing a thicker sound to make up for the absence of the bass.

Alternatives to having a bass player

A keyboard player can fill in for a bass player, playing lower notes with their left hand. They’ll need to adapt and play with a different style, focusing more on root notes. However, this can hinder them in expressing themselves as they would normally.

Some bassless bands make up for the absence of a bassist by bringing out the low end of the rhythm section through EQ or octave effects, especially in a live scenario. Pedals like the Digitech Whammy with its ‘octave down’ feature work well for this. A loop station can also be used to create a looped bassline.

Down-tuning guitars is another great way to cover the low end, especially in a dirty, scuzzy two-piece rock/blues band.

Some bands use backing tracks triggered by the drums so the bassline comes in on the beat. DAWs like Logic Pro X can be used to program the bass tracks. Many bands have played big festivals with a pre-recorded bass track.

Another option is to use an 8-string guitar. Experiment with the tuning – tune down to create a warmer low end e.g. DGDGCFAF. This type of setup can fill in for a bass, especially if you use it with clever effects and distorted tones. You can combine it with another instrument capable of giving texture to the low-mids, to create a wall of sound in the low to low-mid frequencies.

Some bands have two guitarists playing 8 or 10 string guitars with one laying down the bass line into a loop pedal, which leaves them both free to play.

Without a bass, guitars have more room. Without the low end, there’s more space for a thicker guitar tone that could otherwise sound too muddy. Some bands play with two amps – one guitar plugged into a guitar amp, with another running through an octave pedal into a bass amp. This is a common setup for noise rock bands.

Another setup bassless guitarists sometimes use is to install a bass pickup to send the two lower strings into a different output and run it through an octave pedal into a bass amp.

SEE ALSO:   Bass Guitar & Drums Relationship: Why It's So Crucial

In a live setting, mic’ing the bass drum to get a big thick low end can make up for the lack of bass. Adding something like a bass synth sound into the mix can give astonishing results.

Synths with midi sequencers are also commonly used for playing basslines live. This can be triggered by pedals so that anyone in the band can use it.

Lots of great bands have played without a bass player.

Back in the ‘60s, the Doors created a unique sound without a bass. Although they had session bass players in the studio, they built their live sound around a warm bluesy guitar, a psychedelic organ that doubled as a bass, and Jim Morrison’s big echoey vocals.

In the early 2000s, bluesy garage rock two-pieces like the White Stripes and the Black Keys came along. Their sound was based on the simplicity of the blues, but filled out with big distorted guitars, pitch-shifting and octave pedals, and big tribal drums.

Here are a few other examples of bassless bands:

While some of these bands record with bass in the studio, they usually play live without a full-time bass player in the band.